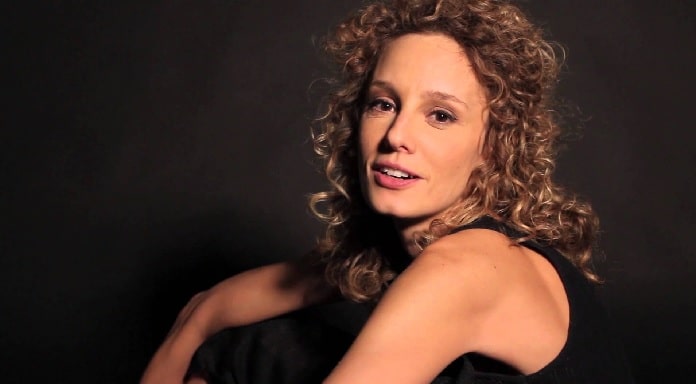 Esther Acebo is a Spanish actress who is best known for her role in Money Heist (La Casa De Papel) as Mónica Gaztambide or Stockholm and in Los encantados as Amnesia Carrasco.

Acebo was born on January 19, 1983, in Madrid, Spain. She was nominated for Spanish Actors Union Award for Money Heist, which was a Newcomer Award. Here are some facts bout Esther Acebo:

Net Worth of Esther Acebo

Esther Acebo has an estimated net worth of $2 million from the various field she has worked on. Most of her net worth has been accumulated form the series Money Heist where she earns 70k per episode which is $1.6 million in total. She has been on all the 3 seasons of the series which has 23 episodes in total.

Acebo was enrolled in Castilla–La Mancha University from where she graduated and studied Science of Physical Activity and Sports. While studying she was also involved in acting classes and had combined her acting skills with studying.

Acebo is the Master of Two Dogs

Acebo owns two dogs named Django and Petra who are probably one of the breeds of a sheepdog. She mostly hangs out with them in her leisure time and enjoys their company as well.

The series Money Heist (La Casa De Papel), is a criminal mastermind robbery which is done by "The Professor" which will be the biggest heist in the recorded history. To execute the plan he gathers eight people who will be the member of his master plan to help him out.

Esther Acebo will be one of the members in the series with other stars Pedro Alonson, Itziar Ituno, Alvaro Morte, and others. The series is officially a Spanish series which was aired on 2 May 2017.

Before portraying in films and television, Acebo's first appearance was in a children's program Kosmi Club as a host. She then again got a chance to host another show named Non-Stop People which was showed on Moviestar+.

Apart from her works in big theater she has also appeared in short dramas, comedy videos. In 2013, she played the role of Mari Carmen in 'Die Krise' than in 'Habla O Revienta' as Angry girl, 'Baraka' as Laura and in 'El Metodo' as Ana. She has recently been working in another short video named 'Paralelos' as Olivia Sotomayor.

She has tattooed a small flower in her upper arm of her left hand which was seen in one of her Instagram pictures where she was sun basking and having fun with her friend Ines Martinez Rodriguez.

The Enchanted movie actress is 5 feet 8 inches which is 173 cm and weight over 52 kg which is 114 lbs. She is widely known for her blond curly hair and mesmerizing brown colored eye.

Esther Acebo is active on Instagram and Twitter and has a great number of fan following. She is mostly active on her Instagram from which she has achieved 3.2 million followers while she has been followed by 29k people on Twitter.