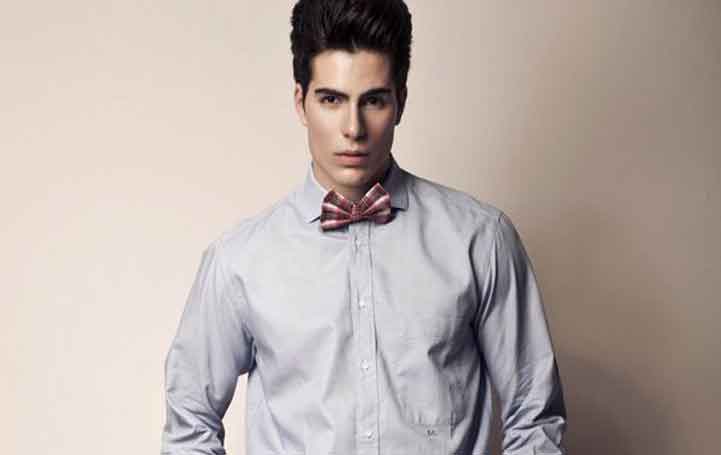 Dominique Capraro is a Swiss model, a dancer, and a runner-up of Mr. Switzerland. With a fantastic body and a very attractive aura, he has taken away the heart of most of the girls.

Capraro works with Jaffa Models in Chicago, Illinois. He is popular as a boyfriend of the popular American youtube and businesswoman, Michelle Phan.

Dominique was born on May 16 1988 in Visp, Switzerland. He was born to an Italian father and Swiss-Austrian mother, Monika Thoni.

He was passionate from a very young age about dancing and modeling. He dreamt of making his career as a model and a dancer. He took part in various modeling and dance shows when he was still in his school days.

He has been successful in what he's been doing and thanks to his earning he has been living a modest and happy life.

Dominique Capraro and Michelle Phan first met in 2008 on Valentine's day in New York and met again after some time for a shoot in Paris and since then they fell for each other and started dating after two years in 2010.

The couple has been very open about their affection towards each other. Phan proved to have been dating Capraro through her youtube channel in 2012 which gained much attention from her fans. Since then they have displayed their affection publicly.

They also managed to be together still after two years of a long-distance relationship. The couple was loved by everyone and rooted for them in every step they took with each other.

Is The Couple Still Together?

With the disappearance of Michelle from her every social media handle, the news, and updates on Dominique also came to stop. They used to do Q & A videos together but that also disappeared.

In 2017, Phan came out with a video where she hinted that she neither had a husband nor kids and remained quiet about questions on her boyfriend.

Again after two years in 2019, Phan came back with her videos but not the videos her fans expected from her. They wanted Q & A videos that she used to do with Dominique.

With this fans speculated that they may have broken up or they may be keeping their relationship away from the public.

There still is no information on whereabouts about Dominique and is rather living his life privately.