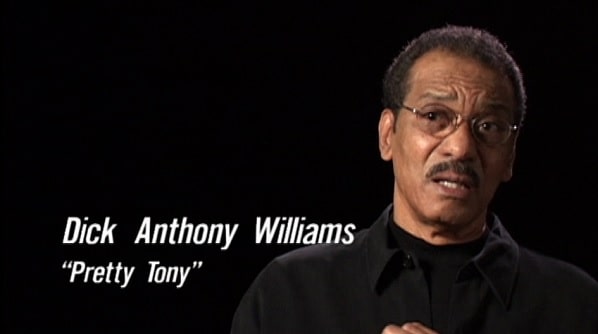 Richard Anthony Williams who was professionally known as Dick Anthony Williams was an American actor. He was best known for his roles in Edward Scissorhands (1990), The Jerk (1979) and Dog Day Afternoon (1975). Williams had to spend most of his childhood in the hospital due to having polio.

He was born on August 9, 1934, in Chicago, Illinois, U.S. but was raised in Bronzeville neighborhood. and died on February 16, 2012 (age 77) Van Nuys, California U.S. Here are some facts about Dick Anthony Williams:

Net Worth Before Death

Richard went to Hyde Park Academy High School for his high school and then he graduated from Herzl Junior College which was later changed into City Colleges of Chicago.

Dick Anthony Williams married a beautiful actress Gloria Edwards who is best known for her roles in Black Girl (1972), Freeway (1988) and Which Way Is Up? (1977). Williams and Edwards got married in 1974 and were together until February 12, 1988, before the death of Gloria. They both share two beautiful children from their happily married life.

After the death of her beloved wife, Gloria Edward, Williams was in a relationship with one mysterious woman. He shares one daughter with that woman.

Started his Career by Being in a Singing Group

Before pursuing his acting career and being a well-recognized actor, Williams was a member of the Williams Brothers Quartet which is a singing group that was founded in Chicago in his late teens. Then in order to follow his dream, he moved to Los Angeles.

Awards for his Theater Performance

Williams was diagnosed with cancer which was the reason behind his death. He died on February 16, 2012, when he was admitted to Valley Presbyterian Hospital which is located in Van Nuys, California.

Although Williams was more often seen in the supporting roles, he was one of the top rank first generations of black actors. He was given that title because he was the one who finds a steady job in American films at his time when it was difficult for many black people to enter American films.

In 2011, which was a year before William's death, he played a movie named Shadow Hills starring John Amos, Booby Brown, Lamont Clayton, and other cast members. The movie Shadow Hills was the last movie played by Williams.