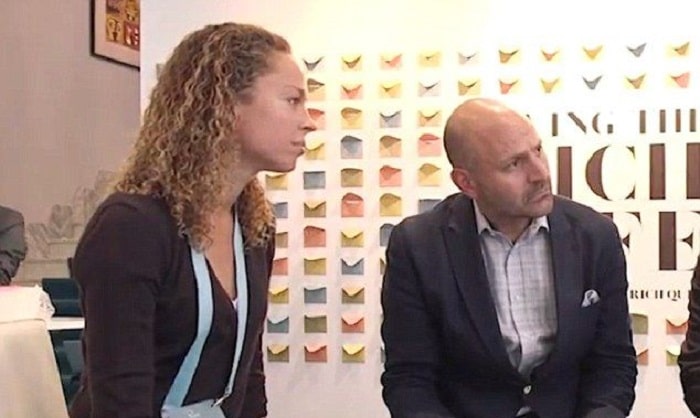 Diane Wildenstein is the daughter of the celebrity billionaire Late Alec Wildenstein and the famous 'Catwoman' Jocelyn Wildenstein.

The name "Diane" is an Indo-European name which specifically translates and means "Divine".

Diane's mother, Jocelyn Wildenstein has the massive net worth of $10 million. The funny thing about her heft number of net worth is that, the woman has actually never worked for her living. Well, she might have when she was in college or something but, after growing up, she has never. She gained her eight figured worth solely through her relationship with a popular and high profiled man.

Diane's father, Alec Wildenstein, who is no more with us, had the very huge net worth of $10 billion before he passed away with a disease which spares no one, no rich people nor any poor people. He was an art dealer, racehorse owner, and breeder but the massive percentage of Late Wildenstein's fortune came from his father, Daniel Wildenstein, who left all of his fortune for his kids.

Diane Wildenstein's parents, Jocelyn and Alec got married in April 30, 1978. The two apparently met while on Kenya, in 1977. Jocelyn was travelling and Alec was there for a property check.

Diane's mother was the one to approach her father first and asked him if she could join him for a hunt. The two then developed acquaintance with each other even though both of them were very much involved with their own partners.

The couple had married against Diane's grandfather's wishes and had eloped to Las Vegas. Jocelyn and Daniel were still not in good terms even after she and his kid was married. However, after she gave birth to Daniel's grandchildren, the two put their differences aside and got on good terms.

The loving household of the Wildestein's family began crumbling when Jocelyn had to go to Kenya because her father had passed away. Her husband did not accompany her to her father's funeral but stayed behind.

After three weeks of her father's death, she received another bad news. A news about her husband divorcing her because he was having an affair with a Russian Model.

There also have been many talks about Jocelyn actually walking in on her husband and his Russian model mistress.

Diane Wildestein is the only daughter of her family and only has one elder brother. Her elder brother is named "Alec Wildestein Jr." who was very much named after her proud father, who held his head high as his first child was born.

Diane and her brother does not have much of an age gap between them as their parents were only married from 1979 to 1997.

A Mansion Was Built On Her Birthday

At ‘Ol Jogi', a huge mansion was built by Diane's parents on the sole occasion of her 17th birthday. The mansion is worth $3 million and belongs to Diane herself.