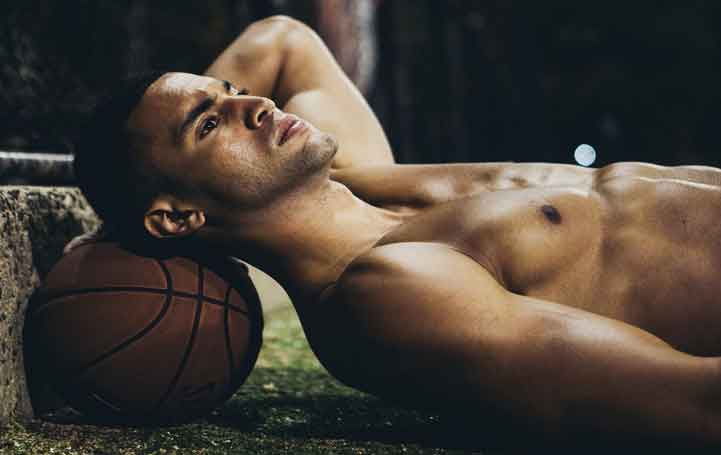 Devin Goda is a former American football player, currently is involved in a modeling career. He played National Football League for Baltimore Ravens.

He is an official model of Wilhelmina Models International agency. With a height of 6 feet and 2 inches, he has taken the modeling career very greatly. He has millions of fans supporting him in his modeling career.

To find out why Goda switched his football career to a modeling career keep reading the article!

Devin Goda has an estimated net worth of $350,000. He accumulated his wealth through his modelling as well as football career.

Not too long after entering the modelling industry, Goda has modelled for popular brands like Calvin Klein, Naturally fit, and Dick's Sporting Goods.

Apart from his modelling and football career, he is also involved in acting. He has appeared in a TV series Those Who Kill, a 2014 series. He has also appeared in the TV soap opera General Hospital.

He has also made an appearance in a variety show called The Price Is Right and Let's make a deal.

Why Did He Retire Early From his Football Career?

Since childhood, Devin dreamt of becoming a national football player. During his university days at Slippery Rock, he was playing football. He really had a promising career in football as he was one of the students creating history for his university with 173 receptions and 2,259 yards.

During his football career in Baltimore Ravens, he injured his hamstring which was pretty much serious. Due to which Goda had to bid goodbye to his football journey.

Despite being very active socially through his account sharing his daily activities and a glimpse of life, he has remained quiet about his dating life and has yet to share information on that matter.

He is currently very career-focused and is giving it all to live a very satisfying life through his works.

Devin Goda grew up on his grandparent's farm together with his granddad and grandmom. Spending his childhood together, he is very attached to his grandparents and shares a great deal of affection with them.

Goda shares plenty of photos with his grandparents sharing his share of affections to them and appreciates them very much.

Devin Goda has a pet dog, a Siberian Husky named Deez, whom he adores and considers a part of his family.

Deez is often seen on the Instagram account of Goda. Whenever Devin goes on adventures Deez is always his partner. He never misses a chance to go on new adventures with his master.