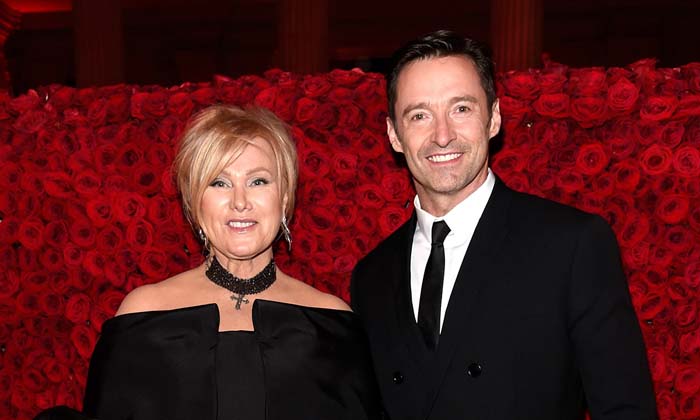 The Australian actress, director, and producer, Deborra-Lee Furness is very famous for her role as Jude in a mystery drama film; Jindabyne (2006).

She won the 2006 Film Critics Circle of Australia Awards for the best-supporting actress role for the movie. She was born on 30 November 1955 in Sydney, New South Wales, Australia.

Here are 10 facts about Deborra-Lee Furness;

Deborra-Lee Furness has a huge net worth of $10 million eaened as an actress, producer, and director, who has worked in an animation Legend of the Guardians: The Owls of Ga'Hoole (2010). The film was one of the biggest hit of the year with a massive box office of $140 million worldwide.

In addition, her husband, Hugh Jackman has an enormous fortune of $150 million. According to Forbes, he is one of the highest-paid actors in the entertainment industry and earned $23 million in 2015 alone.

Furness lives in a gigantic three-story apartment in the Meier Towers building in New York. The house was built with wide-open spaces featuring fireplace, gym, and library. The house was reported to be the price tag of $40 million but brought for $21 million by her husband Jackman in 2009.

The duo also owns an ocean view lavish mansion in Bondi Beach, Australia. The couple paid $5.9 million for the Bondi apartment in 2016.

Furness is an avid car collector and owns the number of expensive cars. The lovebirds have spent thousands of dollars over their car collection. The black-colored Audi a8 is one of their favorite, which is reported to be cost nor less than $83,650 as stated in the Cars US News.

The 63 years old beauty queen, Deborra-Lee Furness is living a happy married life with her husband Hugh Jackman. The couple has been together over two decades but the love for one another has been still as in the first year of marriage.

The duo first met in 1995 at the set of Australian crime TV show Correlli. The lovebirds tied the knot on 11 April 1996 at St. John's in Toorak, a suburb of Melbourne, Victoria, Australia.

Every couple loves to have beautiful children roaming around their house. Deborra-Lee Furness and Hugh Jackman felt the same after their wedding, so they planned to go through In vitro fertilization (IVF) concerning the age of Furness.

Deborra suffered two miscarriages and the couple ended up failing to have their own kids.

The lovers dedicated to adopting children and now they are parents of two beautiful kids; a son Oscar Maximilian Jackman and a daughter Ava Eliot Jackman.

Talking about Deborra-Lee's education, she was a bright student from her young age. She used to actively participate in the programs and events of her school and college. She studied and got graduated from the American Academy of Dramatic Arts in New York.

The Waiting actress, Deborra is an attractive woman with cute cheekbones and a pretty smile. She has a perfect body build matching 5 feet 7 inches (1.73 m) tall height. Her eyes are beautiful in grey colors and have stunning blonde hair.

Furness and Jackman are the owner of the two cute dogs; Allegra, a small poodle, and Dali, a French bulldog. The duo loves to take their pooch for a walk on a beach with them on a sunny day. The pets are very lucky to be part of the Jackman family, where they have been getting all love, care, and attention.

Besides her work in show business, Deborra-Lee Furness is actively involved in social work. She is the founder of National Adoption Awareness Week (NAAW), which helps orphan children in Australia. She has been a voice for every individual, who is facing challenges and the complex over adoption processes in Australia.

Furness was honored in 2014 as the New South Wales Australian of the Year for her work in adoption campaigning.