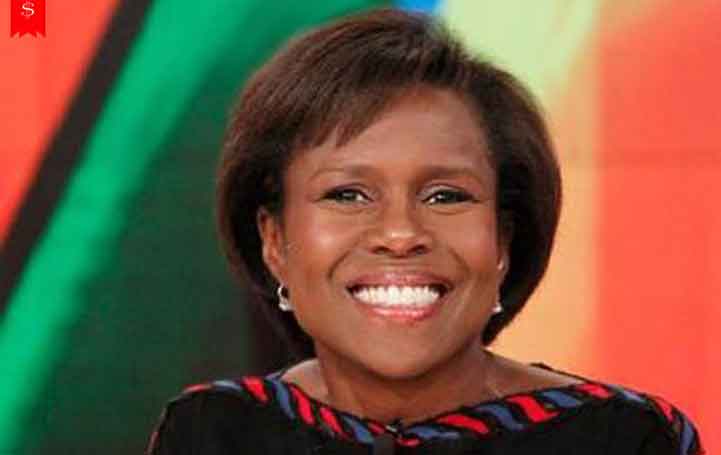 Deborah Roberts of American nationality is a correspondent for popular news channel ABC News. She appears in shows like "20/20", "Nightline", "Good Morning America", and also on the same show with David Muir called "ABC World News Tonight With David Muir".

She is an award-winning correspondent, news anchor, and co-host of ABC News.

Roberts was born on September 20, 1960, in the small town of Perry, Georgia, America. She was born to her father, Ben Roberts, an owner of the carpet installation business, and her mother, a housemaker.  She has eight other siblings except her.

She had dreamed of becoming a television newscaster since a very young age and admires every news correspondent. To make her dream become reality she attended the University of Georgia with a B.A degree in journalism. She worked WTVM-TV in Columbus, Georgia after her graduation.

The estimated net worth of Deborah Roberts is around $10 million as of 2021. Her primary source of income is through her successful career as a journalist. Her net worth includes all her assets, wealth, and real estate.

As per the estimations, her annual salary amount to almost $800,000 as an ABC network journalist. Apart from her career as an ABC News journalist, she has made guest appearances in many other shows. It has been more than a decade for Roberts as a journalist.

Deborah Roberts is happily married to the weather correspondent of NBC's Today, Al Roker. The couple tied the knot in 1995.

Deborah and Al met through their works as they belong in the same industry. They started their relation just as work buddies. They met in 1990 when Roberts was assigned to NBC as a general-task feature writer. Their relationship sailed when Rokers was left with trust to look after Robert's apartment when the anchor was out on an outing.

When Deborah came back from her outing her rooms were cleaned, the store was organized and the refrigerator was stocked with food supplies and there was a "Welcome Home" note on the table. Not too shortly after that day, just seven days away from then Roberts asked Roker out on a date and the rest is history.

After three years of marriage, the couple welcomed their first child, a beautiful daughter, Leila Rokers. They again welcomed their second child, a son, Nicholas Albert Rokers. Roberts and Roker currently live together with their three children. The couple married for more than two decades never get tired of each other's love and are still going strong.

For your fav celeb content do visit Glamour Path!