Get to Know All Three Dan Stevens' Kids (Aubrey, Willow and Eden Stevens), With His Loving Wife Susie Hariet 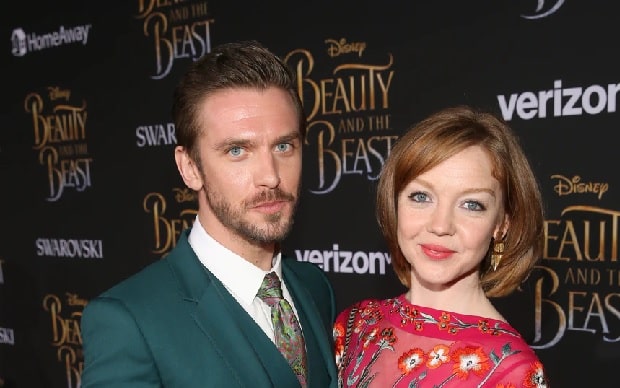 The Beauty and the Beast actor Dan Stevens has given birth to three children with his wife Susie Hariet. They are the parent of two adorable daughters: Willow Stevens & Eden Stevens and one handsome son Aubrey Stevens.

Stevens and his wife Hariet has been married for over ten years since 2009. Let's find some more things about Dan Stevens and Susie Hariet's three adorable children, right here!

Willow Stevens, the firstborn child of Stevens was born in 2009. Her name Willow is an English origin name that is given to a tree as well which means "gracefully slender and lithe". She is growing to be a beautiful and talented girl.

As she was 5 years old while the movie Beauty and the Beast was released, to make Belle aka Emma Watson's iconic dress the design team got a little help from Dan's daughter Willow.

While Watson and Stevens were having conservation about the dress, Willow heard them and took paper and a pen with her. Then about half an hour later, she came up with five different costume designs which helped the team to get more creative ideas. The dress took about 12,000 hours to complete.

Aubrey Stevens is the firstborn son of Stevens and Hariet as he was born in 2012. The name Aubrey is an English origin name which means "Noble Ruler".

Being the son of a famous father, Aubrey surely is very proud of it. One day he was with his friend and the Beast and Belle were on the cover of a magazine while his friend got excited seeing it and he simply replied 'Yeah that's just my dad in a suit'.

Eden Stevens is the youngest daughter of Stevens and Hariet. She was born in 2016. The name Eden is a Hebrew Origin name which means “delight or a place of pleasure.”

Eden's family used to live in London but after getting the role of Morris Townsend in a Broadway play "The Heiress" he had to do a six-month run in Brooklyn. Dan later permanently shifted his family there and in Brooklyn, their youngest one was born.

Private Life Of The Children

Dan and Susie have kept their children life hideous from all the limelight they possibly could. Stevens didn't announce his wife being pregnant all three times but luckily have mentioned their names.

Currently, Gram he hasn't posted a single picture of his children but keeps posting pictures of wife though. He sometimes mentions his children in the interviews but never has shared their pictures.

Stevens and Hariet met each other while both were performing for different theaters in England in 2006. Then the couple got into a relationship for over three years and decided to tie their knot in 2009.

From their cheerful married life, the duo is blessed with three children and is raising them in Brooklyn Heights, New York.

Thomas Richardson from Apostle said he has never been worried bout how his wife handles all the fame cause he is lucky to be married to the person who can handle his fame and understand what he does.

All three children of Stevens are living their luxurious life as the combined worth of their parents is $6 million. Dan has a whopping net worth of $4 million from his solo career as an actor.

He has appeared in more than forty movies and television series. Among them, Stevens is well-recognized by his roles in The Guest, Night At The Museum, Summer In February, and so on. Likewise, their mother Hariet has an estimated net worth of $2 million from being a dancer.