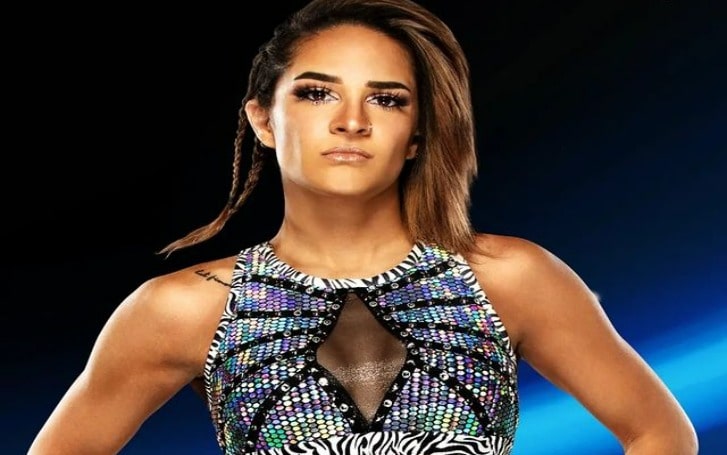 Cheree Crowley is a professional wrestler from New Zealand best known for her work as Evie on the independent circuits. She was previously signed to World Wrestling Entertainment (WWE) under the ring name Dakota Kai on the NXT brand. She also worked for Impact Pro Wrestling in New Zealand, where she was a three-time IPW Women's Champion.

The athlete previously competed for Shimmer Women Athletes, Shine Wrestling, and Pro Wrestling Alliance in Sydney, Australia, where she was a former PWWA Champion.

Dakota Kai was born with the name of Cheree Crowley on 6 May 1988 in Auckland, New Zealand. She claims to be of Samoan and Irish ancestry. Crowley's mother is from the Samoan town of Lepea on the island of Upolu. Her younger brother Earl Crowley is a DJ, and her sister Cyrene Crowley is a mixed martial artist.

Pat Crowley, her grandpa, was an All Blacks player for New Zealand in 1949 and 1950. Dakota Kai grew up watching wrestling as well, thanks to her brother, who introduced her to it. She began her career as a professional wrestler in New Zealand after completing her official education.

Her names and their meanings

When Kai wrestled on the independent stage, she went by the ring name Evie. It wasn't merely a name pulled from a hat. Kai's favorite Pokémon, Eevee, inspired the name.

When Kai was signed by WWE, her former name, Evie, was replaced with a new one, Dakota Kai. This name was also significant because it referred to Kai's Samoan origin. Despite the fact that her nationality is New Zealand, she is of Samoan and Irish descent. The word "kai" means "sea," and it is meant to represent her journey over oceans to arrive at where she is now.

Dakota Kai has been linked to wrestlers such as Shayna Baszler, Tegan Nox, and Shane Thorne, however, she has never acknowledged their relationships.

Kai appears to want to keep her relationship life private from the rest of the world. She is pretty much focusing on her career right now.

Cheree debuted in professional wrestling in December 2007 for the Auckland-based company Impact Pro Wrestling as Evie. In September 2011, she made her debut for the Professional Wrestling Alliance (Australia) (PWA Australia) in their annual PWWA show in Sydney, Australia

Evie became the first-ever Impact Pro Wrestling NZ Women's Champion in August 2012, defeating Britenay and Megan-Kate in a triple threat match. She won the Interim PWWA Championship a week later, defeating Jessie McKay in the finals. On October 6, she successfully defended her title against Kellie Skater.

Her wrestling career has earned her millions of dollars to date. Dakota Kai's net worth is expected to be $3 million in 2022.

She is regarded as one of New Zealand's most accomplished professional wrestlers of all time. She also gets a lot of money from sports sponsorships and endorsement deals.

Dakota Kai is unique in that she is the first woman from New Zealand to be signed by WWE. Kai debuted in WWE in 2015, although she didn't sign an official contract until a year later.  Dakota Kai was renamed after signing with WWE in 2016. She competed in the inaugural Mae Young Classic but was knocked out in the quarterfinals by Kairi Sane. She debuted on NXT in 2017 and feuded with Shayna Baszler. She spent the following two years competing in singles and tag fights, and she created Team Kicks with Tegan Nox.

The fierce woman joined Team Ripley at WarGames in 2019. She did, however, attack Tegan Nox and desert the team. She started her feud with Nox by defeating her in a street brawl at TakeOver Portland. She decided to support Raquel Gonzalez. They went on to win a number of matches and rivalries. Kai and Gonzalez won the inaugural Women's Dusty Rhodes Tag Team Classic in 2021. They won the inaugural WWE NXT Women's Tag Team Championship in March. However, they were defeated by Ember Moon and Shotzi Blackheart in just an hour.

Kai confronted Gonzalez and challenged her for the title in July. She attacked Gonzalez after a few failed efforts, costing her the championship to Mandy Rose. Team Gonzalez defeated Team Kai in WarGames. Kai began working with Wendy Cho in 2022. The pair competed in the women's Dusty Rhodes Classic but were defeated in the finals. Kai reunited with Raquel Gonzalez after the event. They won their second NXT Women's Tag Team Championship at Stand and Deliver. Following WrestleMania 38, they lost the belts back to Toxic Attraction on NXT.

On April 6, 2013, Evie made her debut for the all-female American promotion Shimmer Women Athletes at Volume 53, where she lost to Christina Von Eerie in a five-way match that also included Yuu Yamagata, Kalamity, and Rhia O'Reilly. Evie defeated Kimber Lee at Volume 54 to earn her first win for the promotion, but she was defeated by Mia Yim the next day at Volume 56. Evie made her Shine Wrestling debut on April 19 at SHINE 9, losing to Mercedes Martinez. When Impact Pro Wrestling resurfaced in mid-2013 after a brief hiatus, all prior champions were stripped of their titles. Evie won the IPW Women's Championship in December 2013 and joined a new heel faction known as 'The Investment.'

Evie began 2014 in Japan, working on a three-month contract with Zero1 Pro Wrestling Australia. She was the first woman to be awarded such a contract. She competed in the World Woman Pro-Wrestling Diana promotion. During her trip, Evie and Madison Eagles competed for the Shimmer Tag Team Championships against Global Green Gangsters (Kellie Skater and Tomoka Nakagawa) as part of the Joshi4Hope show. She returned to the United States in April, commencing her second tour in New Orleans, Louisiana. At Shimmer Volume 62, she competed in a losing effort against Hikaru Shida. Evie defeated Rhia O'Reilly and Nicole Matthews in Volumes 63 and 64, respectively.

The Shine Tag Team Championships were lost to defending champions The Lucha Sisters (Leva Bates and Mia Yim) during the SHINE 18 iPPV on April 20. Evie made her debut for Japan's World Wonder Ring Stardom promotion on December 6, 2015. In her debut bout, she defeated Hiroyo Matsumoto and Kellie Skater to win the vacant Artist Of Stardom Championship. On February 28, 2016, they were defeated in their third defense by Io Shirai, Kairi Hojo, and Mayu Iwatani.

The wrestler has a lean, athletic frame that weighs about 58kg. She stands 5 feet 6 inches tall. She has a lovely body, shoulder-length hair, and a nice grin. Her other distinguishing physical characteristics include a tattoo on her right shoulder and a pierced belly button.

Her eyes are black and her hair is brown but Kai once colored her hair pink in honor of the late Hana Kimura, who died in 2020. Some months later, she donned Hana-inspired clothing as well.

Dakota is very protective when it comes to her family members and personal life. So, she is not active on any social media handles.

Rather, this diva is focusing on her personal growth and career. Well as per accounts, we can find many made by her fans and followers.