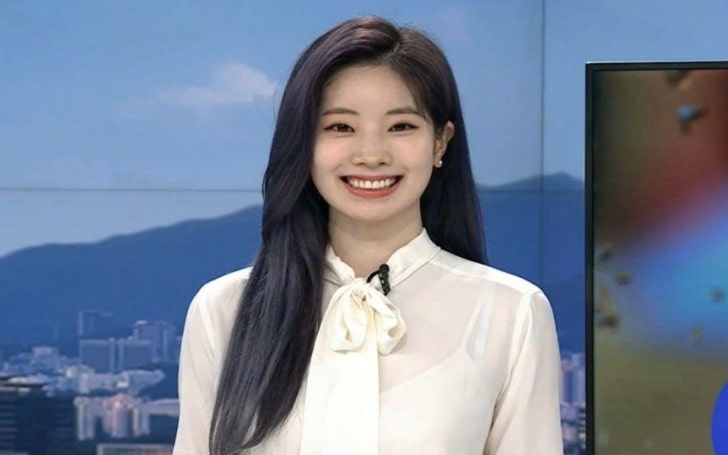 Dahyun, commonly known as Kim Dahyun, is a Korean idol and one of the members of the popular Korean girl group "Twice." She is the main rapper and singer and is popular for her extroverted and humorous nature.

On May 28, 1998, she was born in Seongnam, Gyeonggi, South Korea. She began singing when she was quite young and was a member of a Christian Church Coir. In terms of education, she received her diploma from Hanlim Multi Art School in 2017.

JYP Entertainment first hired Dahyun as a trainee after a talent scout saw her perform at a dance festival. She then spent nearly three years training with JYP Entertainment.

In 2015, she was chosen to appear on the show "Sixteen," in which sixteen teenage girls competed to be chosen as members of JYP's new girl group. She was also chosen, along with eight other girls, to join the girl group "Twice," which made their debut in 2016 with the song "Like OOH-AAH."

Following that, the group remained active and released a series of albums that were well-received by Koreans. Dahyun also began participating in television shows such as 'Weekly Idol,' 'Real Man,' and 'Idol Star Athletics Championships,' which she hosted in 2019 and 2020.

The young idol Dahyun has a net worth of $1.5 million, which she has amassed through her singing career. She has made a respectable living and is expected to make even more in the future. Her group's album sales, concerts, and brand sponsorships constitute the majority of her earnings.

In terms of her relationship, Dahyun is most likely single and not dating anyone at the time. Even though she is quite amusing and social with everyone, she has never been paired with anyone. She is also very focused on her career and puts in a lot of effort.

Dahyun does not have a personal account on any social media accounts but she is active on her group's account "Twicetagram" on Instagram. On the group's Instagram, they usually post members cute pictures and promote their new albums and songs as well as update their fans about their upcoming events. One can check out them easily on Instagram, Twitter as well as on many other social sites.