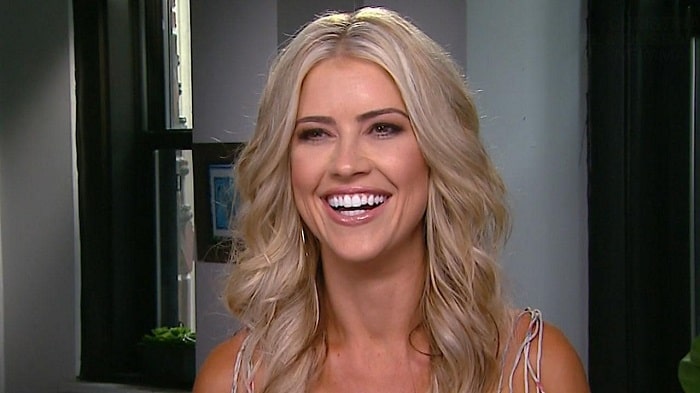 Christina El Moussa is a television show host and a real estate investor. Christina was previously married to Tarek El Moussa. She was born on 9th July 1983 in Orange Country, California.

Here are some facts about Moussa:

Christina El Moussa has the net worth of $12 million which she accumulated through her career as a real estate investor and a television personality.

Moussa stars in her ex husband's show called Flip or Flop and now has her own show called Christina On The Coast. She has spoken about her daughter being a shopping lover since and early age but it is not a problem to any of Taylor's rich parents.

Christina El Moussa was previously married to Tarek El Moussa from which she earned her surname, El Moussa. Christina and Tarek got married in the year 2009. The two had a happy marriage and were each others business partners and are in a television show together with their show named Flip or Flop. The two are both real estate investors and a television personality.

The two ended their marriage in 2017 after being married for 8 years. Christina and Tarek filed for the divorce citing irreconcilable differences.

Christina and Tarek made two adorable babies during their marriage years. Their first child is a daughter named Taylor Reese El Moussa. She was born on 22nd September 2010.

The ex couple's second child is Brayden El Moussa and he was born on 20th August 2015. Tarek and Christina are co parenting the kids and both of them are equally very close to both their mother and father.

After divorce, Christina started dating a television presenter Ant Anstead. The two tied the knot after a year in their new home located in California. Their marriage is happy and very healthy and Christina changed her name to Christina Anstead.

There has been no news or rumor about any of them having an affair and being disloyal to each other. Their marriage is going on great and they both have each other's last pass.

Christina has been on screen for very long and it is just natural that her audience notice the changes on her body and face. The mother of two is rumored to have went under the knife three times. Christina El Moussa's plastic surgery rumors includes a breast implant, a lip job and botox on her face.

She denies the accusation and gives credit to makeup for being able to give her whatever look she wants and makes her look younger than her age.