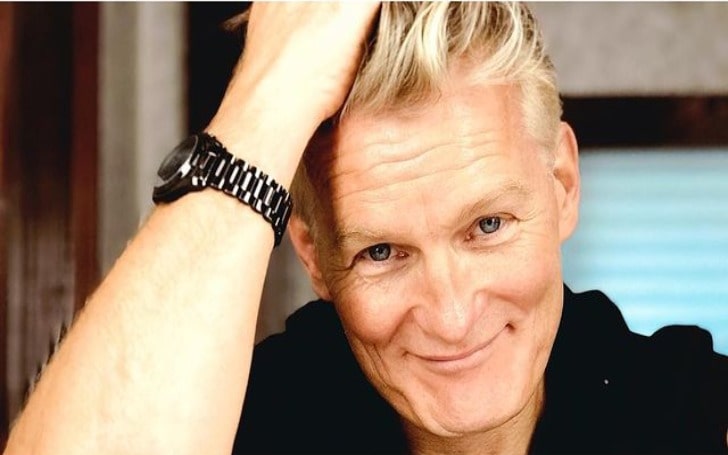 Chance Kelly is a prominent American actor and producer. He has played numerous films and television series throughout his life. Some of his most renowned acts are Detective Ed Cutler on the NBC series Aquarius, Fringe, 2008 HBO series Generation Kill and so on.

He was born on January 28, 1967, in the United States of America. Chance graduated his high school in Armonk, New York in 1985. Later he enrolled and graduated with a BA in English&Writing from New York University.

Have a look at the below information to know him more closely.

Kelly has also earned an MS Degree from Columbia University. At first, he intended to pursue his career as a writer but later he decided to do acting despite his fear of performing in public. He has won the Superheavyweight division of the NYC Metros tournament after he entered the amateur boxing circuit.

Some of his films and series are Power, Banshee, House of Cards(Netflix), Legends, Hostages, Army Wives, Alpha House(Amazon), Unforgettable, Body of Proof, and Blindspot. He also played seven different law & order episodes between 2002 and 2011 and was singularly honored to portray seven different characters. His podcast ISLAND illustrates the incredibly first three hundred years of colonization in and around Manhattan island.

What's his net worth?

Chance kelly's net worth is estimated to be around $5 million that he accumulated through his acting career and as a producer. He also has been participating in several activities throughout his life.

Chance Kelly married his wife Susan A Sanchez in 1997 and celebrated their wedding in a very private way. He has been happy with his relationship ever since and has now three children. he has maintained a private life with his family and there are no rumors till now regarding him and his family.

The actor is quite active on his Instagram account and keeps updating about his work, children, wife, and friends. It seems that he is enjoying his current professional life as well as his private life with his family.