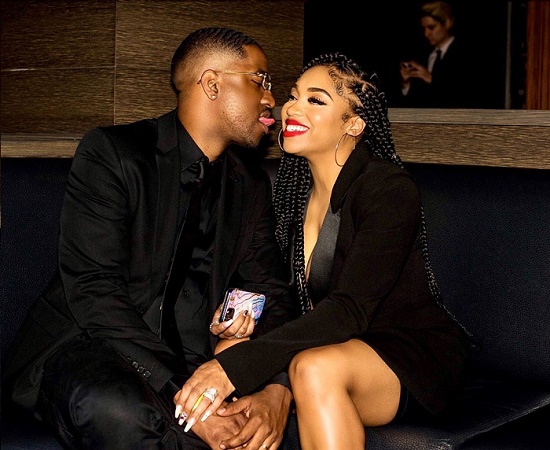 Hip Hop, and Crunk musician Brooke Valentine was born as Kanesha Nichole Brookes but the world knows the Love and Hip Hop: Hollywood star as Brooke.

She is the mother of three children London Black, Brooklynn Black and Chí Summerher with her partner Marcus Black, an Illinois born rapper and Lyricist.

So, here's some more about Brooke Valentine and Marcus Black's three children:

London Black is Valentine's firstborn child, born on November 29, 2009. At the time of London's birth, he had a stroke and was diagnosed with cerebral palsy, a movement disorder that appears in early childhood.

After the stroke, he was shifted to another hospital for further treatment and suddenly a nurse noticed that London was having a seizure. Within 30 minutes of knowing that baby went through MRI and experienced five seizures.

Early diagnostics and proper treatment saved the pair's first born, and thankfully, he grew up to be a completely healthy boy.

Brooklynn Black is Valentine's second child. She is the dearest of her father Marcus as she often shares videos of herself with her pops dancing and having fun.

In one of her Instagram posts, she posted a video where Marcus pranked her by recording a video where she was posing thinking that her daddy was taking her picture.

She loves shopping, and has posted a picture wearing shades and has captioned it:

'When shopping is life'

Which clearly shows she enjoys shopping as much as her parents do.

Brooklynn also loves to hang out with her friends, eat pizza, and just like any regular kid, she usually captures pictures for her Insta feeds.

She is active on Instagran and goes by "brooklynnblvck". Unlike her elder brother, she has a public account and has a total of 1,707 followers.

She is the best friends with Baby Truth, daughter of American rapper Frazier Thompson.

Valentine often does Summer photoshoots with her new born and posts it on her official Gram where she has a total of 34.3k followers. She goes by "chisummerblack" in her official Instagram.

The parents of three children have quite a confusing relationship. The On My Back singer and Valentine stared in a reality show Love & Hip Hop Hollywood 5, where Black proposed Valentine at the end of the season.

After saying yes to the proposal, the lover got engaged at the show in front of everyone including their fans.

Then the confusion about their relationship appeared when Valentine posted a picture together with Black. In the comment section, one of her fans asked 'Are you married yet sis and are you still celibate?'.

She neither accepted nor denied the comment and said 'Yes and no' with a kiss emoji. Despite having three children together, the couple isn't sure about getting married yet.

Valentine's net worth is around $700 thousand earned as a singer, actress, and model. She has accumulated her worth promoting several clothing lines and other brands like Fashion Nova, The Pink Line, Ancient Cosmetic, and more.

Likewise, Black has a whooping net worth of $2 million from his solo career as a rapper. He also is a Fashion Nova promoter.

Visit Glamour Path for the latest Celebrity and their Babies information.