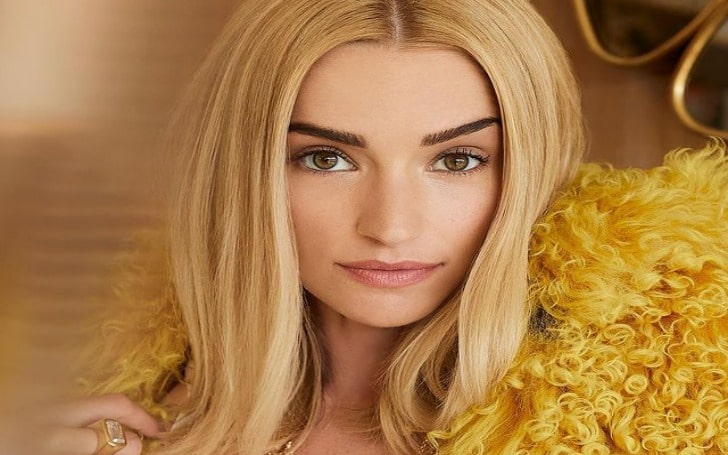 Brianne Howey is an American actress who rose to prominence after appearing in the Netflix series Ginny & Georgia. Brianne was not always keen on acting and appearing on television, she actually fantasized about working as a flight attendant.

The actress has a ten-year career in which she has portrayed a variety of characters in short films, TV shows, and movies. She participates in a variety of humanitarian activities, speaks out against racism, and supports LGBTQ causes. She's also a supporter of Donors Choose, a program that allows people to give to assist instructors to organize study materials for their pupils.

Flintridge Sacred Heart Academy, a girls' school, is where she graduated and went on to New York University's Tisch School of the Arts, where she earned a BFA in Theatre.

Brianne is very close to her family, is the oldest of five siblings, and appreciates being looked up to in her personal life. Calian Howey is her younger sister's name.

As a daughter, she appears to be highly protective of her family members since none of her parents' names appear on the Internet.

Brianne Howey met her boyfriend Matt Ziering for the first time in a Los Angeles pub while she was out with her friends. They had planned to marry in 2020, but the Corona epidemic forced them to postpone.

However, the couple tied the knot on July 24, 2021. By adopting Bodie, an Australian Shepherd, in March 2020, they become dog parents.

The star began her acting career in guest roles before starring in big television series. While still in high school, Brianne appeared in a few short films, including Party Favors and Suckerpunch.

Brianne Howey’s first real audition was for a role in the TV show 90210, which led to her being featured in shows like Criminal Minds, The Middle, Baby Daddy, Revenge, Scream Queens, and Twisted.

She starred in films such as Horrible Bosses 2, Time Trap, Little Bitches, and Plus One. Brianne Howey's career has been boosted by her role as Georgia Miller in Netflix's Ginny & Georgia.

Brianne Howey's net worth is estimated at around $2 million as of 2022.

Acting has been a perfect medium for her to gather all the riches. Similarly, brand endorsement and sponsorship also play a vital role here.

She has traditional blonde hair and gorgeous brown eyes. 34-26-35 are her bust, waist, and hip measurements, accordingly. Her shoe size is 6.5 in the United States.

The 33-year-old has over 1.5 million Instagram followers and 26.4k Twitter followers as a result of her burgeoning prominence.

On her several accounts, we can see images of her both solo and with her spouse.