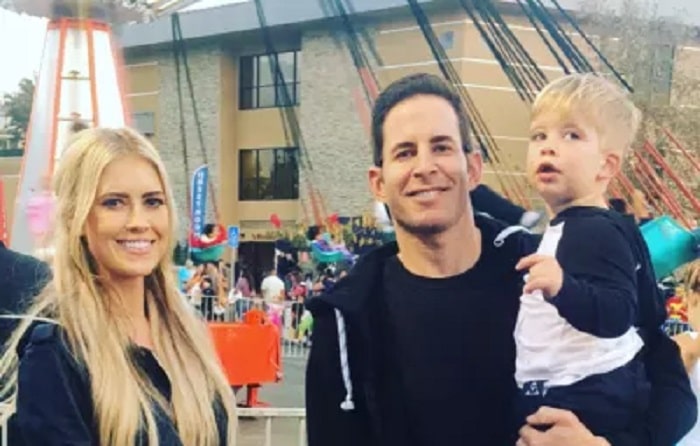 Brayden's father, Tarek El Moussa's net worth totals up to be $6 million. Tarek is a television show star and stars on the show called Flip or Flop which also includes Brayden, his mother, Christina and sister, Taylor.

Brayden's mother, Christina El Moussa's net worth totals up to be $12 million. Just like his father, Brayden's mother is also a television show star and she has her own show which is called Christina on The Coast.

Parents' Are Not Together

Brayden El Moussa's parents, Christina and Tarek are currently divorced but are in good terms with each other. The two split in May of the year 2016 and took everything privately trying to keep the matter private but since the two are public figures, they revealed that they divorced on the December of the same year.

The two are working together and are raising their baby together but are in different relationships with Christina being married already with a baby coming in. Tarek also has a girlfriend and everything is good with every one of them.

Christina had shared a video of Brayden showing off some moves and we can only wonder how much fun the two siblings have after playing a music.

Brayden also has a younger sibling along the way. The gender of his sibling is also known and its a boy for Christina and Ant Anstead.

Had 'A Blast' With Father's Girlfriend

Brayden El Moussa and his elder sister Taylor El Moussa has met their daddy's new girlfriend along with their mommy Christina Anstead. Tarek Ek Mousse was previously spotted kissing Heather Rae Young and there was a lot of comments on how 'the girl kissing Tarek' looks just like his ex wife Christina Anstead.

Tarek also has introduced Heather Rae Young to his mother, father and sister and showed everyone that he was in some serious relationship business again. Seems like Brayden and Taylor approves of their new step mother and will definitely love her.