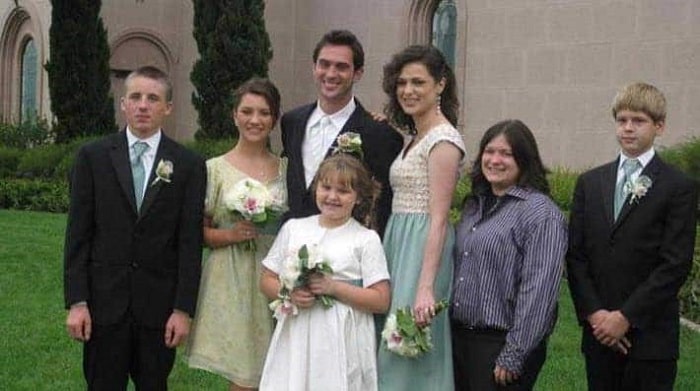 Brandon Warren Blosil is the adopted celebrity baby of the famous ex couple Marie Osmond and Brian Blosil. Brandon Warren was born on the month November, 1996.

The name "Brandon" is a variant form of the name 'Brendan' which is an Anglicized form of the Irish Breandán (Prince).

The name "Warren" is derived from the Old French 'Warenne' which means "A game preserve".

Brandon's mother, Marie has the net worth of $50 million which she proudly accumulated from her career as a professional singer.

Brandon's father, Brian Blosil has the net worth of $500,000 which he earned from his former profession as an actor.

Brandon Warren Blosil's parents are currently divorced but the two had a long and good marriage as they had eight kids, both biological and adopted.

Marie, Brandon's mom, married his dad, Brian Blosil after she got divorced from her first husband. The two got married on the year 1986 and until their divorce, they had made a huge family.

Sadly, the two could not keep their marriage intact and ended up separating from each other. Brandon's once loving and romantic parents ended their long term marriage on 2007 and have not reconciled since then.

Brandon had a lot of siblings to play, to be exact seven, and do every big or little sibling stuffs with while he was growing up. He has his first and the eldest sibling from his mother's first husband and he is named Stephen James Craig.

After that comes all his adopted siblings including him. They are Jessica Marie Blosil, Abigail Michelle Blosil, Brianna Patricia Blosil, Michael Bryan Blosil, and himself. His other siblings are his parents' biological children and they are: Rachael Krueger and Matthew Richard Blosil.

Shares Birthday Month With His Sibling

Brandon Warren Blosil and one of his sisters share their birthday month. The two probably celebrate their special day on the same day but unlike the rest of us, they can probably afford to spend dollars on two birthday bashes. The birthday month twin of Brandon is Brianna Patricia Blosil.

Briana was born on 19th November 1996 and Brandon was born on, as mentioned above, some specific day of November of the same year as her.