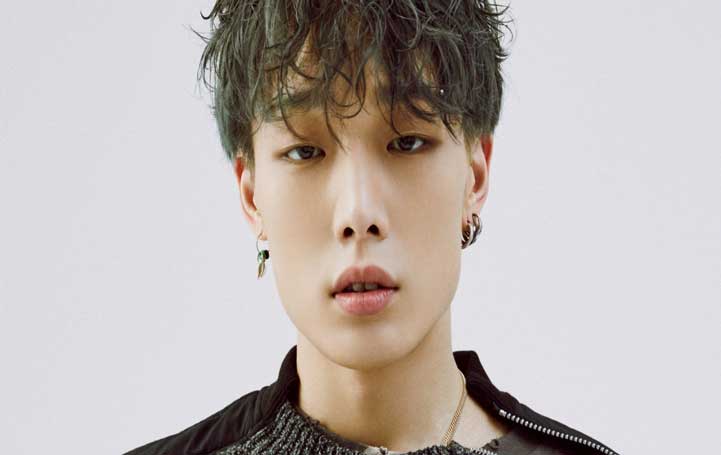 Kim Ji Won (김지원) known by the stage name Bobby (바비) is an American-South Korean singer of the idol group "iKON" under the agency "YG Entertainment. He holds the position of the main rapper, vocalist, and face of the group.

He is talented not only in rapping and singing but also in composing, producing, and songwriting.

Bobby was born on December 21, 1995, in Seoul, South Korea. Despite being born in South Korea he was raised and grown in Virginia, America. He also has an older brother whom he loves dearly.

The singer resided in America until his high school days. After completing high school he came back to Korea to make a career in rapping and singing.

The singer's family was financially unstable and struggled a lot. Due to this Bobby use to go to church and trained for his vocal there. He used to sing choirs.

After coming to South Korea he auditioned for YG Entertainment and was recruited as a trainee. He underwent the trainee phase alongside his fellow members.

Net Worth Of The Rapper

The estimated net worth of South Korean Bobby is $2 million. Most of his income and earnings are through his successful music career. He alongside band members gets their incomes through album sales, concerts, and tours.

He is not only active in his music career, but apart from it he also models for various brands and has appeared in various covers of magazines. He also was a model for the advertisement of the famous beverage brand Sprite.

He earned a large sum of money by participating in the survival program "Show Me The Money 3" where he won first place. Through all his hard work h brought a house for his parents living in Korea.

The rapper was popular long before his debut after his appearance in the survival program "Who Is Next?". He participated in the program with  B.I, Jinhwan, Ju-ne, Donghyuk, and Yunhyeong as Team B. However they lost to Team A but gained immense popularity from the show.

He also participated in the survival show "Show Me The Money 3" where he was able to secure the first position. He was greatly appreciated for his rapping skills. He was exposed to the public in a great way gaining more popularity and fame. Soon after his participation in the show, he debuted with other 6 members as the idol group iKON.

Who is Bobby dating?

Bobby claimed to have a girlfriend before he joined YG Entertainment. No more details were shared aside from that. he is currently single but was once involved in the rumor of a relationship.

He was rumored to be in a relationship with model Lee Seo Yeon. The rumors started when the model was spotted by his fans during his solo album showcase, "Love and Fall". The rumors however limited to rumors and the singer claimed it to be just a rumor and nothing more.

Bobby once in an interview revealed his ideal type being the girl who is strong type focused in her work.

Keep making visits to Glamour Path to know more about your other favorite celebrities.