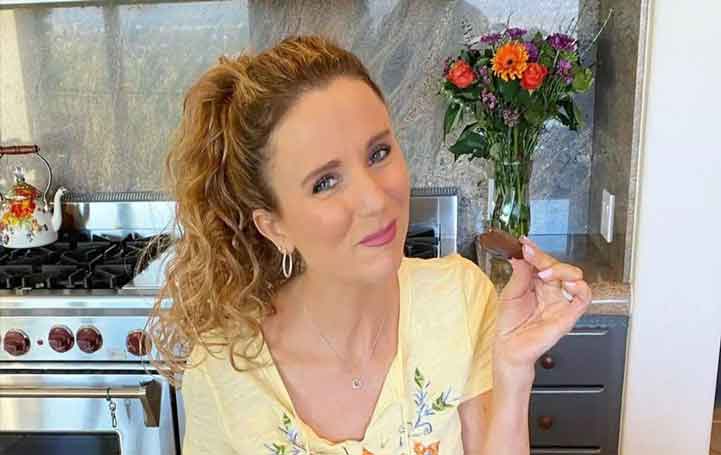 Audrey Murdick is an American healthy lifestyle consultant, nutritionist, personal trainer, and competitive bodybuilder. She is also popular as the wife of a famous stand-up comedian and a ventriloquist Jeff Dunham.

She chose the journey of bodybuilder after her long journey of weight loss. This motivated her and wanted to motivate others for a healthy and fit life. Due to which she is actively involved as a trainer.

Audrey was born on August 29, 1980, in Norco, California, United States. She was born to Steve Murdick and Sally Murdick. She was chubby and weighted too much for her age during her teenage age. That's when she started to obsess with weight loss and started eating healthy.

With the goal to have a perfect and healthy body, she pursued her academic career as a nutritionist. After that, she started involving her actively in bodybuilding and fitness and also competed in various competitions. She slowly started getting fame for her fitness.

The healthy lifestyle consultant Audrey Murdick has an estimated net worth of $1 million. She has established her successful career in bodybuilding and fitness. Apart from fitness, she has also made her appearance on TV. She appeared in a short film "The Thieves Guild" in the role of Cassandra.

In 2017 she also hosted the show "Incredible Edible America". She has also made her appearance in shows like "Home and Family", and "Jeff Dunham: Birth of a Dummy".

Audrey Murdick is happily married to Jeff Dunham as his second wife. His first wife was Paige Brown. The couple got engaged in 2011, soon followed by marriage after one year in 2012. They got married in Santa Ynez, California.

Jeff followed a strict diet chart prepared by his wife for the wedding. He hosts an amazing amount of weight in just three months' time to look more fit for his wedding. Perks! of having a fitness trainer as a wife!

Three years after their marriage the couple got blessed with two sons. They gave birth to twins 2 hours apart from each other. Jeff except these two boys have two other biological children from his first wife and another adopted child from his ex-wife's first marriage.

Paige was aware of their marriage and knowingly registered those names. Audrey asked her to transfer the website to her but she refused and asked for $100,000 for each domain name. Audrey for this reason requested to restrain Paige from cybersquatting.

The fitness guru runs her own fitness channel on youtube where she posts recipes for healthy diets and also gives tips and tricks for fitness. She wishes her followers to follow healthy living like her and motivates them through her channel. Her motto is to eat delicious food in a healthy way.

Audrey Murdick has her own bakery shop called "Peanuts Bake Shop". The shop was named Peanut as it is the favorite character of her husband Jeff, who loves cookies.

It's a shop where vegan and gluten-free cookies are sold. She remains true to her dedication and encourages a healthy lifestyle in everything she does.