home People Asante Blackk - Facts About 'When They See Us' Actor

Asante Blackk - Facts About 'When They See Us' Actor 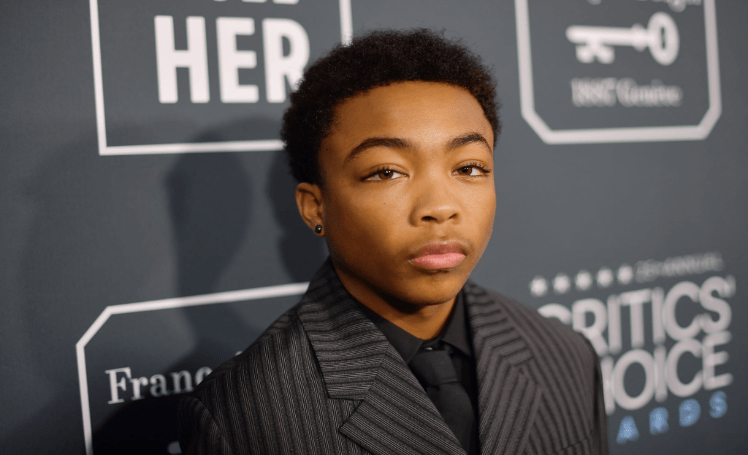 Asante Duah Ma'at highly known as Asante Blackk is an American actor. The performer is widely known among the public for starring in the movie "When They See Us".

Blackk was born on October 20 2001 in Maryland, United States. The actor himself is 5 feet 5 inches (165 cm) tall with black hair and black eyes.

Blackk was born and raised in Maryland. His parents are Ayize and Aiyana Ma'at. They both are clinical public servants and couples therapists.

His father's family originates from Alexandria, Virginia and his mother's family is from North Carolina, London, England, and Trinidad.

With his appealing personality and outlook, he is very close to his parents. Since many of his ancestors were preachers, social activists, and counselors.

The actor also comes from a family of artists as well. His mother has a deep affection for singing and his father is a master of words and a poet. His grandfather, Dennis Wiley, is an expert musician and songwriter.

Asante debuted on his screen career at a very young age. He was just 6 years old when he was cast as Mowgli in the jungle book in the year 2008. He was nominated for Primetime Emmy Award.

When Asante started high school, he joined the Theater Department in his school and had the capacity to take much more theater and acting classes as he continued to improve his skills.

At the beginning of his college years, he was cast as Bud in 'Father knows best' and Charlie in 'Willy Wonka and the Chocolate Factory. Asante signed with a talent agency that same year.

Before being involved professionally as an actor, he had a YouTube channel  “ASANTE” where he uploaded challenges, responses, vines, tutorials, and much more.

Asante Blackk is currently single. He recently broke up with his girlfriend Brianna. He is now, more than ever focused on his career since he began his successful acting career.

He seems to be passionate about traveling and photography. A cuisine he seems to savor a lot is pizza and Italian food.

In his free time, he loves listening to music to distract him from his busy schedule. His preferred genres are Rap and R&B.