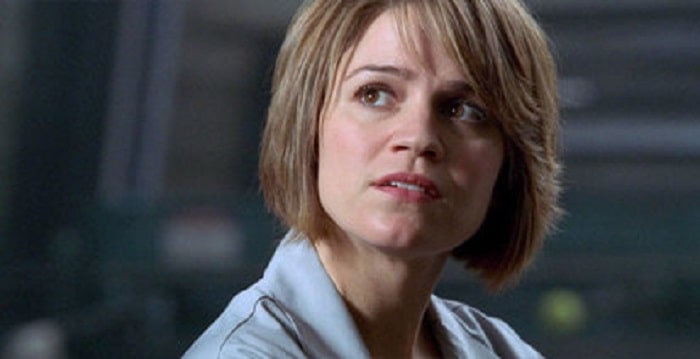 Anna Belknap is an actress and a television show star and the wife of Eric Siegel. Anna was born on 22nd May 1972 in Damariscotta, Maine.

Here are some facts on the popular actress Anna:

Anna Belknap has the net worth of $6 million earned an actress and has starred in different movies and television shows. She is reknowned for her role in the series CSI: NY.

Some of the television shows Anna has starred in includes Homicide: Life On The Street, Deadline, Hawaii Five-0, Law and Order: Special Victims Unit among many other.

Anna Belknap and Eric Seigel met when the two were working at the Rude Mechanical Theater Company in 2001. After a year of working at the same place, the two started dating. The couple dated for 2 more years and in 31st August 2004, Eric and Anna read their vows out loud.

Anna has been happily married to Eric and their kids have only made their marriage more happier and strong.

From her marriage to Eric, Anna has been blessed with two beautiful children. Her first child is a daughter and her name is Olive Siegel and she was born on 14th January, 2007.

Belknap's second child is a son and his name is George Siegel. George was born on 6th February, 2009.

The two time Anna Belknap was pregnant, her cycle interrupted her work. During her first pregnancy, the writers of CSI: NY were not sure what to do to get her some time off screen and they had already written the screen. They had to add a scene where Anna gets bitten by a Cobra so she could get some quality and easy pregnancy time.

Anna's second pregnancy was considered and they had given her role a chance to be pregnant too so that they did not have to cut Anna off of the show.