Facts About Andy Milanokis Know - Why Can't He Buy Kush? 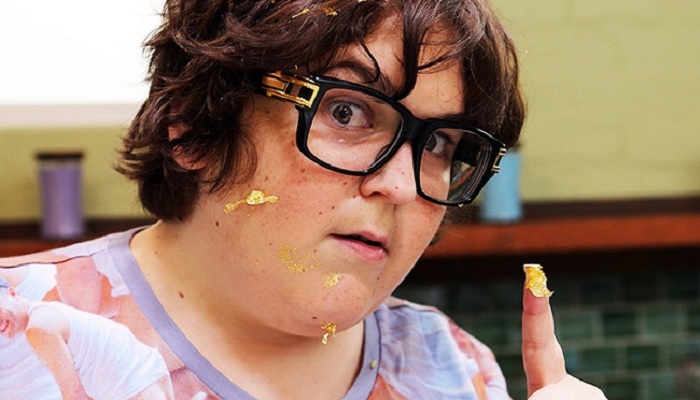 Andy Milonakis is an Actor, writer, rapper, streamer, and comedian who looks 14 despite he is 44! His physical appearance has made him famous and its also a source of most of his contents. He has this growth hormone deficiency syndrome which opposed his physical maturity which makes him the eldest teenager you'd ever meet.

He is a prankster, writer, rapper, and comedian who has worked for NBC and also for MTV in its shows. So, let's jump into some unheard facts about this mysterious man. Let's get rolling!

After making a video titled The Super Bowl Is Gay and uploading it on AngryN*kedPt.com, Milonakis caught Jimmy Kimmel Live writer's attention, who helped him get a show in NBC.

He did appear in 10 episodes of Jimmy Kimmel asking difficult questions to pedesterian and then got featured in several other shows. The prankster and YouTuber has made over $2 million in net worth, working as an actor and comedian since 2002.

He earned such a huge net worth from his 13 film appearances, 14 TV shows and, 14 musical album with his band Three Loco and numerous features.

Andrew Michael Milonakis January 30, 1976 (age 44) Katonah, New York, U.S. to Greek-American parents. He was a teenager when his parents found this rare biological condition he has. After that, he became an odd ball in his class, but the guy turned his odd ball into a cube ball and his friends recall him being this funny as always.

As funny as it sounds, before he recorded the famous Super Ball is gay, he worked as an accountant in a firm in NY. The night he went viral also has an interesting back story. He was actually supposed to go to his friend's place and watch a movie together with hos buddies, but he chose to stay home and make the video "Superball Is Gay", which turned him into a world known celebrity.

Well people often end of hurting other children who look different, while at school, which is not right but Andy Milonakis developed this weird humor as a defense mechanism against bullying. Looks like everything ended up well for this 44 years old man.

Yes! What would your reaction be, if you see some 14 years old asks you for odd favors, or smokes marijuana on air? Its an odd sight, right? His music would often get parents mad because a 14 years old kid would be seen saying things that they aren't possibly supposed to say.

As an adult, Milonakis, is still mistaken for a child. Its not like he is ashamed or something, but people still judge him as a child. One such incident was captured by Milonakis on a bodycam and posted to Twitch in 2017, where he was asked to provide several forms of government identification when he asked for a certain things.

In the video he shows his ID card as a proof of his age, and tries to purchase Nicorette at a CVS in California, but the female cashier declines to sell the items to him.

Fastest Growing Streamers on Twitch in 2017

Andy Milonakis is talented and funny, he can rap and do the stand-up gigs. These reason weren't enough, he also looks like a teenager. His videos on YouTube receives millions of views. So, after going live on Twitch with a cam-coder on! He got crazy famous and was one of the fastest growing streamers in 2017.

However, he is currently affiliated with video production channel Vice and runs a cooking channel there.

Yes! Despite hanging out with comedians like Gabriel Iglesias (Claudia Valdez's husband), and actors like Adam Sandler, he still has managed to keep his personal life totally away from media. This can also be his protective nature towards his partner, we don't know, all we can say for now is that he hasn't let people into his personal life.

Yes! Andy Milonakis Show star has over 4 hundred thousand followers on his official IG. The star keeps showing up with other famous celebrities, there! He often pulls one liners on IG videos and is super fun to watch on Gram.

So, these were some un-dug facts on Andy, keep visiting us for more fun contents.