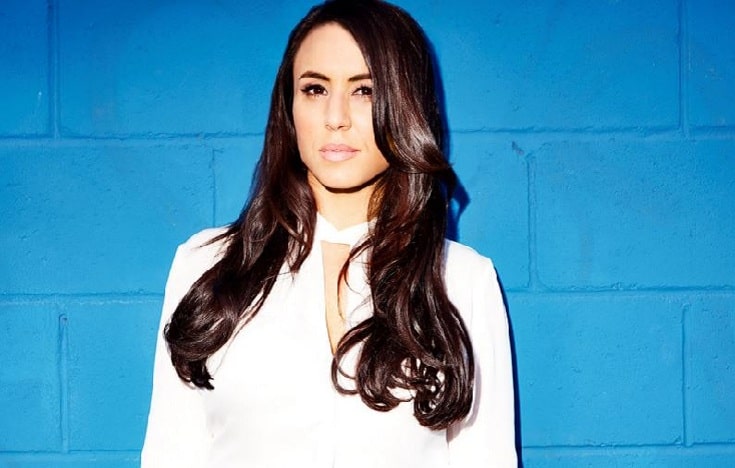 Andrea Tantaros is a political analyst and commentator. Her real name is Andreana Konstantina Tantaros. She is the co-host of Outnumbered on Fox News Channel’s. She is also an original co-host of The Five. She sued Fox News on charges of sexual harassment.

Tantaros was born on December 30, 1978, in Allentown, Pennsylvania. Her Sun Sign is Capricon And she belongs to Ethnicity Italian and Greek. Her nationality is American. Let, scroll more for amazing facts.

Later on, her family owned a restaurant named Pied Piper Diner. She used to work as a waitress in that restaurant.

She completed her education from Parkland High School in Allentown. Then she joined Lehigh University for further studies. She is graduated with a degree in French and journalism.

After that, she joined Sorbonne University (Paris University).

Tantaros took her father Konstantinos Tantaros as a role –model; because he was a self-made man who made himself big in America. Her father came to the US from Greece with just $30 with him. He worked at a New Jersey diner and slogged day and night, just to saving dollars till he hadn’t earned enough to start his diner. He fell in love and got married to an Italian-American co-ed student called Barbara.

Likewise, they opened a restaurant named Pied Piper Diner and at the same time, Andrea was born. They went to Super Fresh by themselves to buy supplies at $34 and prepared breakfast for the customers.

His hard work paid off and by the time, Tantaros’s father died at the age of 65 in 2009, he had 12 restaurants, real estate property, and community banks including the East Penn bank and garments markets from his name.

In 2010, she has joined the Fox News Channel as a political contributor. A year later, she went to become the co-host of ‘The Five’. In 2013, the show become the 2nd most-watched show on cable news.

Likewise in 2014, she becomes the co-host of ‘Outnumbered’. In April 2016, she has pulled out of the show thanks to issues regarding the contract. In August, she filed the lawsuit against Fox News Channel’s Roger Ailes for sexual harassment and also claimed that Scott Brown, Dean Cain, and Bill O’Reilly made inappropriate comments against her.

She wrote a book with the title ‘Tied Up in Knots: How Getting What We Wanted to be Made Women Miserable’ which was released in 2016 and was ghostwritten by Michael Krechmer. It was released by Broadside Books. She has also got a lawsuit for violation of the contract by Krechmer.

Tantaros was rumored to be in a relationship with Rockers and Jane’s addiction guitarist and a songwriter Dave Navarro. Dave was the ex-husband of Carmen Electra, an American model. He was an ex-Red Hot Chilli Peppers band-member. Since 2015, they were dating one another.

Net worth and Salary of Andrea Tantaros

Tantaros estimated net worth was $3.5 million and her salary is $800 thousand per year. Her income source is mainly attributed to her career as a Journalist, Author, Political Analyst.

Tantaros one of the biggest achievements in her career is to be a part of the Fox News Channel. She has successfully hosted the show ‘Outnumbered’ and ‘The Five’ for the channel. She was also worked as a spokesperson for various politicians in her career.

Tantaros sued Foxx News, ex-CEO Roger Ailes for sexual harassment on August 23, 2016. She also targeted five key executives of the channel including Bill O’Reilly. She stated in her lawsuit ‘Fox News operated like a sex-fueled, Playboy Mansion-like cult, steeped in intimidation, indecency, and misogyny’. The lawsuit added, ‘For Ailes failed to act alone. He may are the first culprit, but his actions were condoned by his most senior lieutenants, who involved in an exceeding work to quiet Tantaros by threats, humiliation, and retaliation.’

Visit Glamour Path to know amazing and interesting facts about your celebrity.