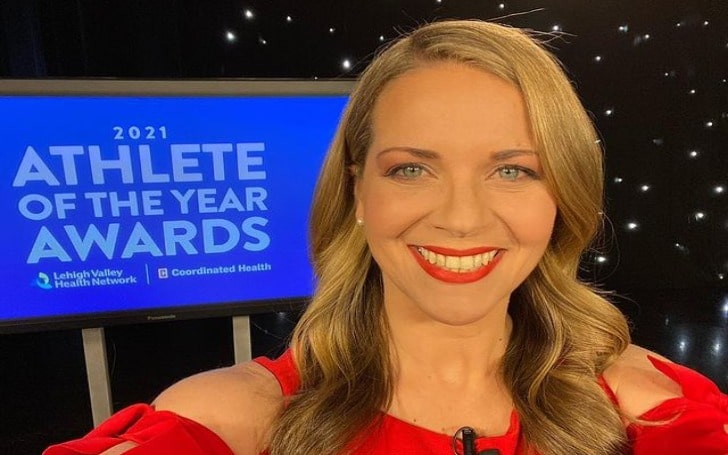 Amy Fadool is a sportscaster from the United States who presently works for Comcast Sports Net. WKYT, Orioles and Ravens, WZTV, and Fox Sports Network were among her former employers.

On July 27, 1977, she was born in Richmond, Virginia, in the United States of America. She graduated from Midlothian High School in Virginia and went on to the University of Kentucky in Lexington, Kentucky, where she earned a Bachelor's degree in broadcast journalism with a sports specialty.

Tony Fadool is Amy Fadool's father. She grew up with two half-brothers, Lewis and Perry Fadool, as well as a half-sister, Elizabeth Fadool, and her stepmother, Winnie Fadool. Furthermore, her original mother and brother died when she was a child.

Amy began working for the WKYT Network after college, and she used to film, produce, edit, and write for the network herself. She then traveled to Nashville, Tennessee, to work as a weekend sports anchor for WZTV, where she stayed for almost two years. She also worked as a weekend anchor for the Orioles and the Ravens.

She was also aired on Fox Sports Network until joining NBC Sports Philadelphia in 2009. She worked there as a reporter and a news anchor on occasion. In addition, she is also the chairwoman of the Philly Golf Classic, an annual golf tournament in the United States that supports the American Cancer Society.

Along with being a reporter for NBC Sports, Fadool is also an Emmy Award-winning sports anchor for her outstanding performance.

Amy Fadool's net worth is estimated to be $1.5 million, which she has amassed from her professional work as a sportscaster. She also receives a yearly income from the network of about $100,000. She is currently living a very comfortable and affluent life.

The beautiful sportscaster Amy Fadool is married to Sean Kane, who is the Senior Producer of NBC Sports Philadelphia. In the year 2012, the pair tied the knot in front of only their closest relatives and friends. They have two kids, Sean Jr., the oldest, and Baker, the youngest, who was born in October 2020.