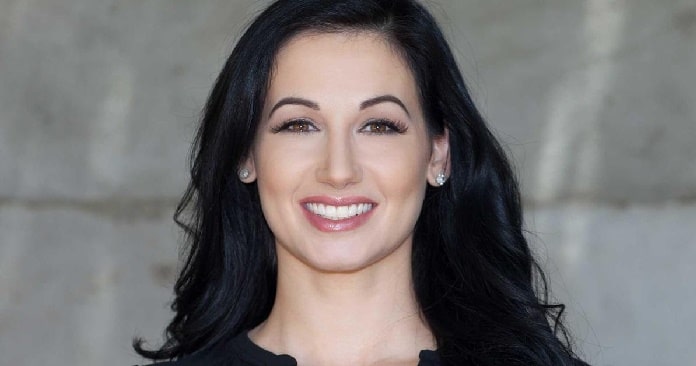 Late Amie Harwick was a licensed therapist, model, and author. She was previously engaged to Drew Carey, an American actor, comedian, and game show host.

Keep Swiping down to know more about Harwick and her murder mystery:

Harwick had an estimated net worth of $1 million from her varied career as a licensed therapist, former model, and author. She also has accumulated her worth by being an educator, advocate, and participating in various podcast.

She then got into the Institute for Advanced Study of Human Sexuality and studied human sexuality and got her doctoral degree.

Was The Fiancee Of Drew Carey

Harwick and Drew Carey met each other in Las Vegas and were engaged to each other following the same year they met in 2017. Their relationship was one of the most high profile in the industry.

However, their relationship didn't go any further as they broke off their engagement. Even after their split, Carey said he still was so in love with her and she also loved him back.

Author of Her Book

Emily Sears and Kelsey Darragh Was Her Patient

Emily Sears, an American model was one of the patients of Hardwick as after knowing about her death Sears tweeted about her. In the Tweet she told how Hardwick's work changes her life and its heartbreaking to know about her tragic death. Spear also added that Hardwick was so passionate about her life and always wanted to improve other health and trauma they had faced.

Hardwick other patient was Kelsey Darragh, E! producer who also was helped by the therapist. Darragh also tweeted that they spoke all the historical detail about her as she was the victim of domestic abuse. Lastly she added Hardwick has dedicated her life to helping women like Darragh and still feels unreal. RIP Dr. Amie.

Found Death At Her Hollywood House

On February 15, 2020, LAPD officers were sent to check at Hardwick's house as some neighbors heard a woman screaming from the apartment. After reaching, they found Hardwick body on the floor on a third-story balcony with all the grave injuries with a fall.

Then she was immediately taken to the hospital where she later died. It was determined that she died because of blunt force injuries to her head and torso. the investigators also found evidence of a struggle at her house

Later investigator arrested Gareth Pursehouse, ex-boyfriend of Hardwick in suspicion of her murder and was held on $2-million bail.

Filed For Restraining Order From Ex-Boyfriend

Before Hardwick's murder, she and Pursehouse used to be in a lovely relationship about a decade ago but after their separation she had filed for a restraining order against her ex-boyfriend.

On June 18, 2011, Hardwick wrote in the restraining document that Pursehouse picked her on a late at night and they got into a fight while out of anger he pushed her out of the car. Not only that, he punched her, slammed her head on the ground, kicked her and covered her mouth.

Despite filing the restraining order, she couldn't follow up with court timing, so she again filed for the order in April 2012. Then the judge after hearing Hardwick, gave an extension of the order up to April 2015.

Prior her death, Hardwick was active on Instagram with over 13.4k followers and goes by the username "dramieharwick". She mostly used to post quotes, interviews, pictures with friends, and so on.