Get to Know Alicia Dove - Corey Taylor's Ex-Wife and Dancer 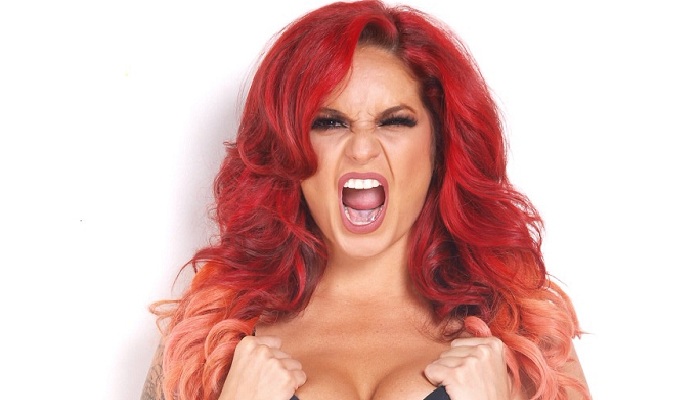 Des Moines, Iowa based band Slipknot's front-man Corey Taylor isn't much if a dancer himself, but his ex-wife Alicia Dove is a well known dancer and choreographer.

So, if you are interested in knowing the back story behind this rockstar and dancer's union, and separation then this article is just for you! So. here are a few facts that will bring you close to Dove and life, let's get started:

Alicia Dove has had a steady-and successful dancing career as she was a member of a rock dance group "The Cherry Bombs". As a successful dancer she has toured with bands such as puddle of mudd, Saving Abel and many other hit rock-bands. She reportedly earned over $50 thousand per tour and was once America's top Rock dance crew.

Hence, she reportedly is worth around $700 thousand which got over $500 thousand mark, after she received physical and emotional distress alimony from her divorce with Corey Taylor who was reportedly a scary person fighting his drug problems and self harm issues, while they were together.

Was an NFL Cheerleader

Born on January 16, 1985, Alicia Dove is a founder and a dancer for a performing rock-dance group, Cherry Bombs. Before her stage dance career took off; Alicia Dove was a highly sought for NFL celebrity cheerleader. She was an athlete from her school days and did gymnastic, acrobatics, and track and field, which she now combines with her stage performance which also includes fire acts.

She and Corey Taylor Don't have Children

Yes! All three children Taylor has is from his relationships with partners, prior to his marriage with Alicia Dove. The pair had a short lived marriage. Hence, they don't share children together.

That's another fun fact, Dove is an artist; and a member of a performing group, and also has a Youtube, Facebook and an IG channel to promote their art form and right-now, the crew is touring with Chris Jericho's band Fozzy.

She Still Goes By Alicia Taylor in her Twitter

Despite having a short lived relationship with the Snuff singer, Alicia still goes by Alicia Taylor in her Twitter. Interestingly, her Twitter bio reads:

"Founder and Director of @cherrybombsrock . The one who has to hear what Corey Taylor thinks more than anyone else."

So these were a few facts on Alicia Dove, Slipknot singer  Corey Taylor's ex-wife, keep up with Glamour path for more on famous people and their spouse.