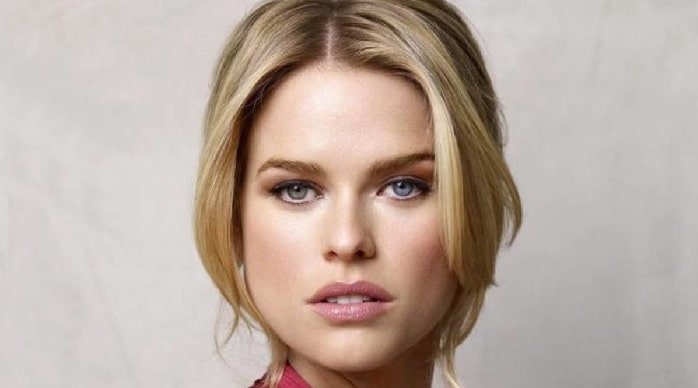 Alice Sophia Eve who is professionally known as Alice Eve is a British Actress, producer, and director who is best known for her roles in Starter For 10, Big Nothing, and The Raven.

Eve was born on February 6, 1982, in London, England. She is the daughter of famous actor Trevor Eve and Sharon Maughan. Here are some more interesting facts about Alice Eve:

What is Alice Eve's Net Worth?

Eve, from her career as an actor has earned an estimated net worth of $6 million. She has appeared in more than forty movies, television series, and short movies.

The Iron Fist actress has two younger brothers named Jack Eve and George Eve. Her brother Jack Eve is a director, producer, and writer who is best known for his work in Bees Makes Money, Lithgow Saint, and Death Of a Farmer.

Eve's second brother George Eve is also an actor and composer who is best known for his roles in Death of a Farmer (2014) and Boy Works Too Hard (2011).

Alice Eve is the daughter of famous actor Trevor Eve and actress Sharon Maughan. Her father Trevor Eve is an actor and producer who is best known for his roles in Waking the Dead (2000), She's Out of My League (2010) and David Copperfield (1999).

The Before We Go actress got engaged to her high-school lover Alex Cowper-Smith on 14 August 2014 and after four months of their engagement, the couple got married on 31 December 2014. However, the couple marriage didn't work out and after three years of their marriage, they got divorced in 2017.

Has Been In Many Relationships

Before marrying her school lover, Eve has been in a relationship with Rafe Spall who is an actor best known for his roles in The Big Short (2015), Life of Pi (2012) and The Ritual (2017).

Then After separating with Spall, Eve was together with Rufus Sewell who is also an actor. The couple started their relationship in 2006 and separated after two years of their marriage in 2008.

Eve's ex-lover's list doesn't end here as she was in love with a poet Adam O'Riordan who has written The Burning Ground, A Hearing Famine, In the Flesh, and others. The duo was together for over three years from 2009 to 2012.

Eve is currently working in her oncoming movies and series in Deception Road as Jessie, Warning, and Belgravia.

Alice Eve is also known for her two different eyed colors as her one eye is of green in color and another is blue. It is stated that among the population of the world, less than 1 percent of people have two different eye colors.