Alan Tacher - Facts About This Mexican Journalist That You Don't Know 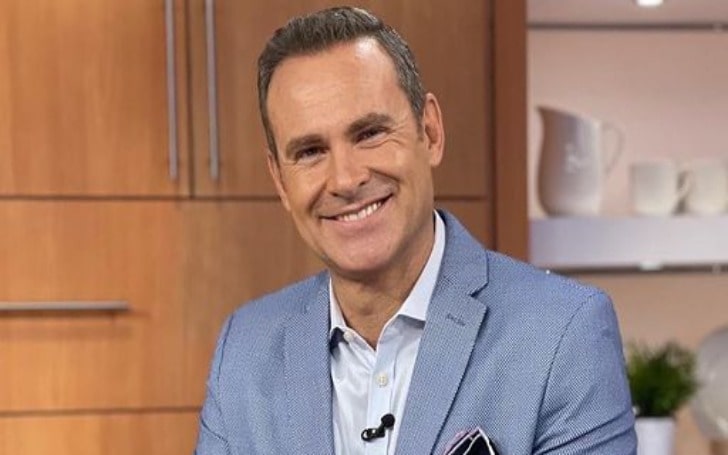 Alan Tacher is a television personality, a host as well an actor. He has been in the television field for more than three decades now. He is mainly recognized as part of the main cast of Univision's morning show " Despierta America".

On March 28, 1971, the host was born in Mexico City, Mexico, and was raised along with his brother Mark Tacher who is also a TV host and an actor.

Let's look at the below information to know more about him.

The Mexican host Tacher graduated from the University Of Communication as a marketing expert, He first initiated his career by working for Tv network "TV Azteca" and later became a presenter to The Academy of Tv Azteca in the U.S.

He has appeared in many tv shows throughout his career. Some of the shows are "Tempranito", "Sorprendete", "Décadas", "Aplauso Aplauso".

Alan Tacher has been working as a television celebrity for a very long time. It seems that he has a decent amount of earnings from his career as a tv host. His estimated net worth is around $2 million U.S.D which he accumulated throughout his career.

Alan Tacher exchanged the wedding vows with Cristina Bernal on 7 February 2015. The couple is blessed with a baby daughter named Michelle.

The Mexican host has two previous relationships before his marriage to Cristina. He was married to Lois Andrea Silvana and had three children with her. The children's names are Hannah Tacher, Alex Tacher, and Nicole Tacher. Now, Alan takes care of all four children by himself along with his wife Cristina Bernal.

The host is quite a social media personality and is active on his Instagram account and has over 450k followers. He posts about his work life, children, his beloved wife, and other kinds of stuff as well. He maintains his personal and professional life in a balanced way. You can check his Instagram to get more updates about his daily life.