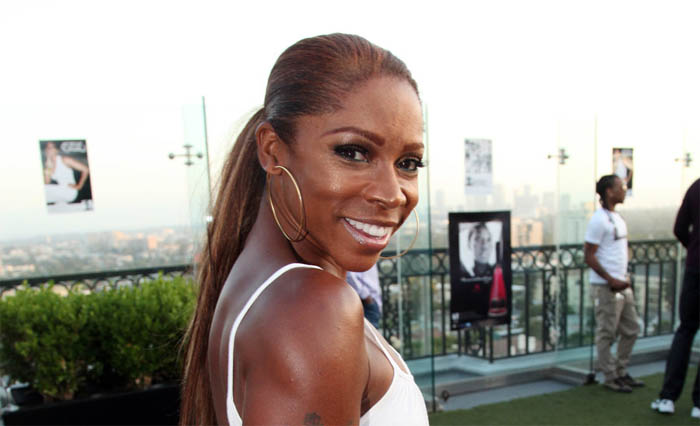 The American actress and life coach, Adrienne-Joi Johnson aka A.J. Johnson is very famous for her role in Shauna in romance movie; Dying Young (1991). She was born on September 3, 1963, in Orange, New Jersey, United States. Her sun sign is "Virgo" through her birth date and belongs to the Afro-American ethnicity.

Here are 10 facts about Actress Johnson;

A.J. Johnson has accumulated an impressive net worth of $500,000 and her major source of income is from her career as an actress, choreographer, and fitness coach. She has been featured in hit movies like; House Party (1990), which had a massive box office of $26.38 million worldwide.

The American actor, Michael Jai White, and Adrienne-Joi Johnson made some news headlines with the rumor of their relationship. The duo was seen together the number of times enjoying the moment. The pair never admitted about dating neither the two denied the statement.

The late film director and producer, John Singleton was a good friend of A.J. Johnson. Sharing the same platform, the duo has worked in the number of movies including; Baby Boy. Looking towards her work in the show business, John helped her from a bad situation.

Even after the death of singleton, he still remains in the heart and memories of Johnson.

Talking about the qualification of Adrienne-Joi, she attended all-female college, Spelman College in Atlanta, Georgia. She studied Psychology and Chemistry as a major subject and earned her degree with honors in 1985. Following her college days, she was initiated to be a member of Delta Sigma Theta Sorority Inc...

The Baby Boy actress, Johnson has a hypnotic athletic body build. She weighs around 50 kg (110 Ibs) standing 5' 5" (1.65 m) tall in height. She has a tempting look with her stunning brown eyes and has shiny natural black hair.

Apart from acting, Adrienne-Joi Johnson is also widely known for her excellent work as a life coach expert. Her skill and dedication help her gaining a lot of public attention and demand. Following her career, in 2014 she appeared in the Oprah Winfrey Network docu-series, Lindsay as a Lindsay Lohan life coach.

The 56 years old star,  A.J. Johnson is one of the muscular actresses, we can see in the big screen, television including numerous fitness/lifestyle magazines. Her hard work and determination have been also motivation to the newcomer and members in the gym center.

In 2004, Johnson was featured as the host in the TV show Flab to Fab.

Johnson has a beautiful flower inked on her right-hand upper arm. The flower on her tattoo representation new beginnings, whereas the leaves are the symbolism of life circle.

Apart from glamour and fame, Adrienne has been living a simple life. Her warm heart and dignity have always pushed her forward for good causes. Following her bad experience as a teenager losing mother from cancer at the age of 17, she has been a spokesperson for the American cancer society.

The beauty queen, Johnson is widely known for commitment and diligence on her work. Her perfection has resulted with the number of honorable awards and titles. She was the first Miss Collegiate Black America and Miss Maroon & White in the past.