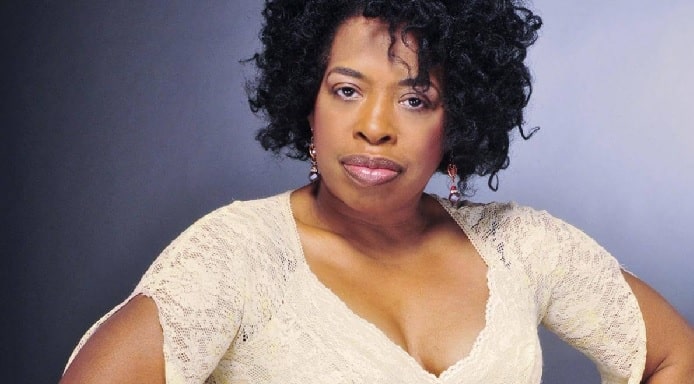 Givens was born on July 1, 1960, in Chicago, Illinois, the U.S. but now lives in Lexington, Kentucky. Here are some facts about Adele Givens:

Givens started her career as a comedian in her late 1980 and started her acting career in 1996. She has been working for more than thirty years in this glamours industry from where Givens is able to accumulate $1.5 million.

The "The Players Club" actress Adele Givens is in a successful and happy married life with Tony. Both couples were married on October 28, 1992. Recently in 2019, they celebrated their 26th anniversary with each other. Given's posted a picture of her husband saying she made a great decision by marrying him and considered him her best friend.

In 1996, Given's first appearance in television series was in Martin as Nurse Johnson and in Moesha as Usher & Police Officer. Then she has appeared on may series like The Steve Harvey Show, Tracey Takes On..., The Parkers, The Hughleys, and Are We There Yet?.

Has Appeared on Def Jam Comedy

The "Martin" actress has been on the television series Def Jam Comedy which was produced by Russell Simmons. The show was a stand-up comedy show which was aired on July 1, 1992, and was ended on May 2, 1997, where Givens has appeared on two episodes in the show.

Adele Givens was featured in a song by Kanye and Lil pump "I love it" where she was asked to recreate her lines from Def Comedy Jam. The song was on the list of Billboard Hot 100 by making its sixth position in the list. Later, on May 16, 2019, the song sold over two million units in the United States while was certified double Platinum by the Recording Industry Association of America (RIAA).

Winner of a Show

In 1989, she participated in the Crown Royal Comedy Contest in Chicago and won the Grand Prize there. Later in 1990, she was one of the finalists in Miller Life Comedy Search but unfortunately, she lost to Bernie Mac.

The show 'Queens of Comedy' was a stand-up show where all the performers were female comedians. Along with Adele, comedians like Laura Hayes, Mo’Nique, and Sommore were starred on the show.