Meet Adam Godley - Who Played "Pogo" From The Umbrella Academy 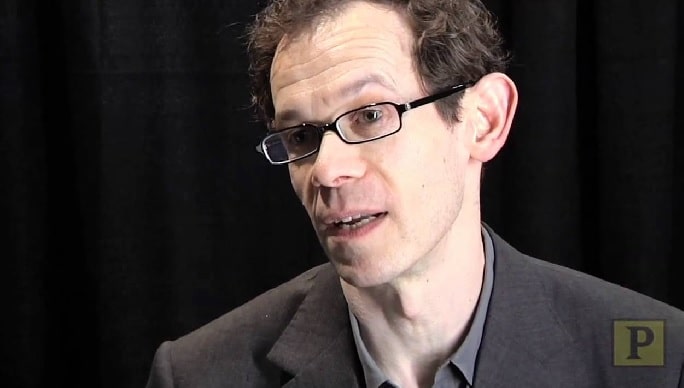 Adam Godley is an American actor and stage performer who is best known for his roles in Love Actually (2003), Charlie and the Chocolate Factory (2005), and The X Files: I Want To Believe (2008).

Godley has been nominated for Tony Award for best actor in his musical performance 'Anything Goes'. Here are some more interesting facts about Godley:

Adam Godley has an estimated net worth of $4 million form his solo career as an actor. He has been earning his worth from series, voice acting, and stage performance.

Godley married Alex Belcourt who is also an actress best known for her roles in Jane and the Dragon (2005), Midsomer Murders (1997) and The Brief (2004). The couples were enjoying their happy married life but unfortunately, things didn't work out between them and Godley and Belcourt decided to end their marriage while they got divorced in 2014.

After the divorce with Belcourt, Godley fell in love with Jon Hartmere who is a writer and a Former triple jumper. Godley and Hartmere are living together in Los Angeles and are enjoying their life.

Total work throughout his career

Godley started his career in 1977 and has appeared in almost seventy movies, television series, and short videos. Some of his best works are in Suits as Nigel Nesbitt, Fallet as Tom Brown, and Son of Rambo as Brethren Leader.

Godley is recently working in his upcoming series The Great as Archbishop. The series is said to be released in 2020.

Godley started his stage career at the age of 11 in The White Devil as Prince Giovanni. Then in 1986, he joined a theater company in Scarborough at Alan Ayckbourn. Godley then started giving several stage performances in 'Cabaret' as Cliff, 'Cleo, Camping, Emmanuelle and Dick' as Kenneth, 'Private Lives' as Victor Prynne,'Anything Goes' as Lord Evelyn Oakleigh, and in 'The Lehman Trilogy' as Mayer Lehman.

Godley has played the role of Elliott Schwartz in Breaking Bad while it has only appeared in three episodes from 2008 to 2013 starring with Aaron Paul. The series is about a teacher who is diagnosed with lung cancer who sells methamphetamine for the sake of his family's future.

In 1984, Godley was involved in a TV-mini series named Moonfleet which was written by J. Meade Falkner. He was the lead role in the series which lead him to accomplish a national prominence from playing the part.

Adam Godley is neither active on Twitter nor Instagram. He tends to keep his life private away from social media.