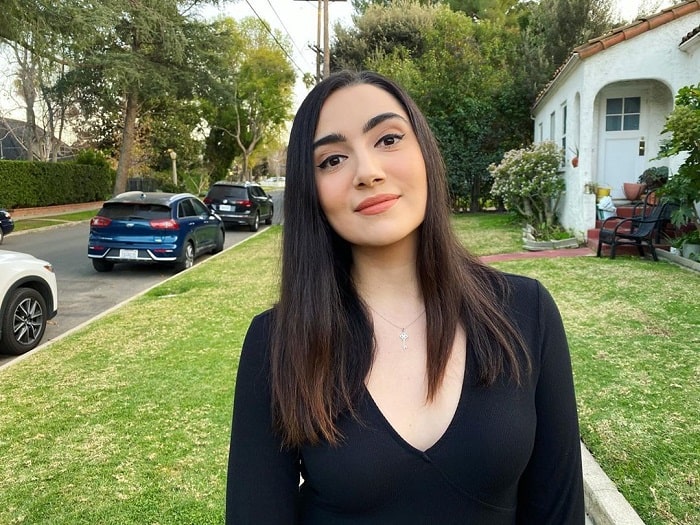 Safiya Jaffer Nygaard professionally known as Safiya Nygaard is an American YouTuber who first got famous for working in Buzzfeed as a video producer. She worked there from April 2015 until the end of January 2017.

What Is Nygaard Net Worth?

Nygaard has an estimated net worth of $2.4 million from her solo career as YouTuber. She has earned a sum of money from Buzzfeed as she exclusively worked in the show called ladylike. Nygaard then got famous for her own YouTube channel.

Nygaard married her longtime boyfriend Tyler Williams, a YouTuber in November 2019. The couple met each other in their college where Williams was Nygaard's senior.

Then after two years, they met again in LA after their graduation with the help of their mutual friend. They officiated their relationship on August 24, 2014, and dated for over four and a half years before tying the knot.

They also have a couple of traditions where they go to Disneyland every year on their anniversary.

After leaving Buzzfeed, Nygaard became more active on her own YouTube channel which she she had poened on November 9, 2011, under her name Safiya Nygaard.

Nygaard has posted several videos oh her channel but among them, her most watch video is 'Melting Every Lipstick From Sephora Together' which got over 26 million viewers.

In the video, Nygaard melts 603 lipstick that she bought from Sephora which included 113 red color, 132 pinks, 57 browns, 120 purples, 21 oranges, and 34 unusual colors. After melting all the lipstick she made 500 tubes and named it FrankenPhora lipstick.

Nygaard who worked as the video producer for Buzzfeed has revealed the reason she left the production via a video on her channel.

As per her, the reason for Nygaard leaving Buzzfeed her desired to be independent while another major reason was she wasn't able to communicate with her fan on her own.

Nygaard was behind the camera and was told not to read the comment section and wasn't allowed to reply the comments over her own videos.

Nygaard didn't get the credit for what she did for the production and for the show Ladylike. She then left the show and started to gain momentum on her own in her self proclaimed Youtube channel, she felt like her strategy and responsibility were taken away from her and were not included in the high-level conversation over Ladylike.

Lastly, she said she wanted to work in collaboration with people who care about Buzzfeed.

Did Collaboration with ColorPop

In 2019, Nygaard collaborated with ColorPop a Cosmetics company that was founded in 2014.

The collection was inspired by her lipstick experiment that includes six shades that were encouraged to make by her makeup videos that come in crème and matte finishes.

Taking about her social media presence, Nygaard is active on Instagram and Twitter. She has gained followers of 2.4 million on Insta and 583K Followers on Twitter.